The Deccan Heritage Foundation (DHF) is a nonprofit organisation established in 2014 to promote and preserve the Deccan's architectural heritage and culture.

Ancient and rich with almost three thousand years of tradition, the Deccan region of South India has seen the rise and fall of one powerful kingdom after another. Its modern life of vibrant festivals and bustling commerce is as lively as ever. The metropolises of Bangalore, Mumbai and Hyderabad have become world-renowned information technology centers and major engines of economic growth.

However, the Deccan of the past remains one of India’s best kept secrets. The ancient Buddhist caves at Ajanta, the medieval Hindu temples at Pattadakal, and the ruined imperial city of Hampi (Vijayanagara) are now famous, much visited UNESCO World Heritage Sites. Yet many other historical monuments are dilapidated and barely known. They include the Hindu temple at Panagal, with its wonderful relief carvings, and the Rang Mahal pleasure pavilion in the garden of the British period Residency in Hyderabad. These are only two of the countless Deccan buildings at Hindu and Jain religious sites and at places of power and influence that demand attention before they disappear forever.

Our mission is to restore and preserve these architectural monuments and we need your help.

We are proud to announce the DHF’s priorities for 2022-2023, which include two challenging new restoration projects in Telangana and a publication project for Karnataka.

We seek your support for these projects, which will advance the DHF’s mission of supporting local communities and educating the public on the rich cultural heritage of the Deccan region: 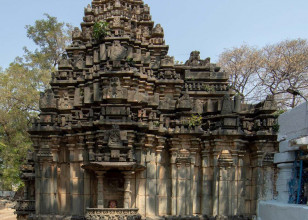 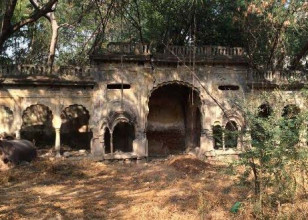 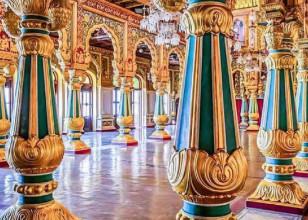 DHF uses a three part approach in pursuit of its mission 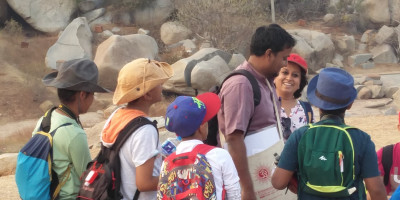 We support education in the Deccan to raise awareness of the value of historical conservation and help keep local traditions alive for future generations. Learn about our educational programmes. 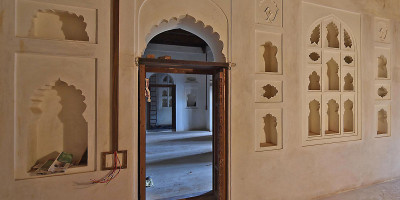 We fund vital efforts to protect the Deccan’s ancient monuments and landscapes from destruction by encroaching development or simple neglect. Find out more on our Projects page 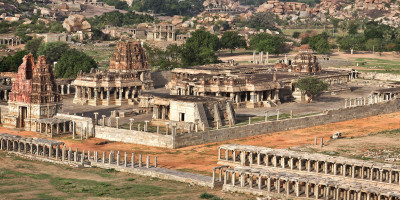 We produce guides, photo books, and in-depth research to promote awareness of the Deccan's historical treasures within India and around the world.